A little about the people behind Storing Treasures

Mike Haswell, AFCPE, CPCU, is passionate about teaching financial principles to help people become free from the worries over debt and money. He has been independently involved with volunteer financial counseling through different churches and organizations over the past few decades.

In his years of counseling, he has seen similar problems caused by similar issues. Families were in financial trouble due to an inability to communicate effectively about money, a lack of basic financial skills and knowledge and, most of all, poor decisions that were in conflict with their overall belief system.

The goal was to build a financial program that dealt not only with the money issues but also the personal issues behind them and to build a financial system different than any other on the market. Rather than a single set approach that everyone had to adopt, designing a program that had the flexibility to adapt to people’s varying personalities and needs. In short, a financial plan they could understand and stick with for life.

Mike has worked in the insurance industry for almost 30 years in various leadership roles. He has also taught numerous financial management classes in different churches throughout the past 20 years and created the Storing Treasures Program in 2004 to help individuals better understand themselves regarding money. 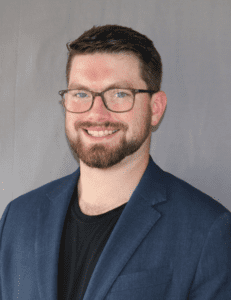 Tyler Haswell is the Account Executive for Storing Treasures and is focused on finding unique and strategic ways to connect young adults and businesses to our unique brand. Tyler is looking forward to working specifically with young adults to help them discover their own unique financial personality and how they can use that to make better financial decisions.

While in High School at Peachtree Ridge, Tyler, was a four-year letterman on the Varsity Baseball Team. He was named the Gwinnett County Pitcher of the year in 2013, as well as being named 2x all region as a Varsity Baseball Player.

He began his career as a Business Development Representative at Click Dimensions where he learned how to successfully demo and market a CRM platform. Tyler’s experience and competitive nature is an asset to the Storing Treasures team.